Tour De France (No, not THAT one!) Report:

Well, most of us are back home now, or soon on the way. A big “thank you” to those who attended for your own personal messages to Wendy and I.

Yes lots of preparation, but on seeing so many peoples having good old Brit fun made it so worthwhile. Lots of personal firsts for us this time, for instance Calais and turn right. Our route down took us via Rouen via the Burnt out shrine village of Orador, where we spent our first ever night on an Aire. On past Limoges having been treated to a 2 euro bus tour the night before, and to Glandon to spend two nights with some ex pat friends. Whilst there, we were taken to Arnac Pompadour to the French National Stud where it became apparent once at the Verdoyer site, Floris’ daughter was competing in the horse jumping ring.

We arrived at Chateau le Verdoyer, in the Perigord on the Sunday afternoon to find a few members had already begun to settle in to the welcoming atmosphere of this family run site, particularly sampling the on site Restaurant, overlooking the private lake. The first activity following the evening Welcome dinner was a walk around the local area, using the old railway route, and finally to the Microbrewery run by an expat Engineer who couldn’t get a decent “pint” in France. 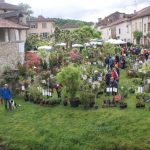 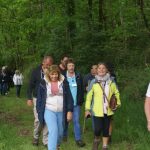 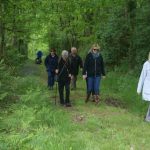 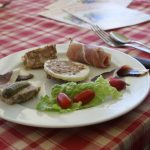 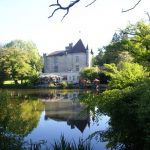 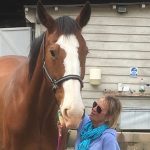 Part of the route took us over the local freely accessible public weigh-bridge. Yes a group of Deffy’s weighed 2100 kgs. To our surprise , a machine also printed tickets to confirm the reading in the display on the outside of the building . Many of us were able to make use of this facility as we left the site.

A short notice extra trip had been arranged in the afternoon to retirement home for Metropolitan, and Somerset & Avon Police Horses. As some of you know Wendy looks after two of her own, thus the history and training these magnificent animals undergo.

The first coach trip was to Beautiful Brantome and its vibrant street market. There was also an electric river boat trip. And of course the lunch at the Duck Producers, where 95% of the product has been produced on his premises. The next trip was to the pretty village Saint – Jen de Cole where there was a street market, mainly selling plants, crafts and of course food with decorated streets. This was followed by a Verdoyer style picnic provided by the Chateau’s Chef and accompanied by a rather tasty red wine (I am advised). 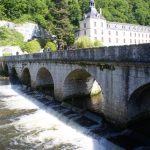 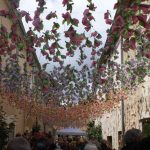 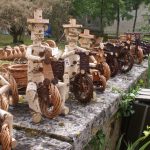 The weather was kind to us for most of the time, however the rain put paid to the Saturday morning Brunch. Many of us made a break in the fine weather on Monday morning and we all set off on our separate rotes home. Some had to dash straight home having been away two months, some went on to friends in Spain.

Ours took us to Royan for our second ever Aire. This one was a sand dune away from the beach where we met up with two other Deffy’s. Florence and Dotty.

We didn’t have much luck finding a site near La Rochelle, but the Gods were looking after us and we ended up on Il de Re, where the donkey’s wear trousers to protect them from Mosquitoes.  Perfect beach side pitch with plenty of safe walking and the traditional Ironmongers shop selling everything including the French style continental plug to our traditional blue hook up socket. Plenty of the other way round available , even found Fly screen mesh on the roll!

Still shopping complete and on to Angers. Very interesting Castle and for materiel buffs, one of the largest fabric shops I have been in. Needles to say, it was a good job Otto had been on the weigh bridge before Angers.

[two_third]We also had two nights at the Somme C’est si Bon site. Still getting going for the season, but Ideal as it is only 1hr away from the Tunnel.

Our final visit was to the 45m tall Theipval Monument to the 72ooo soldiers there with no known grave. Not everyone’s cup of tea I know, but it is an important part of our recent history that places like this should be visited and we pay our respects for the relative “peace” we have had since the events of the world wars.

The Durham Pals bench. Our final stop was our first night at City Europe which was a pleasant surprise and the cherry on the cake was we were able to catch the hour earlier tunnel train, so much so we were home by 10:10 am! 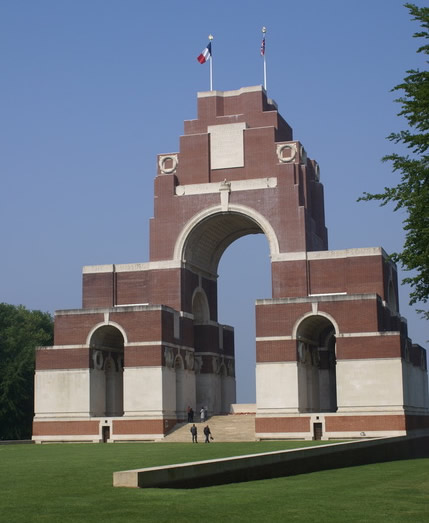 Thank you again to you all for making the whole event so successful.